This research project is designed to identify the competencies of settlement workers and to map their career pathways. Settlement workers are the first point of contact for immigrants and play a critical role in the socioeconomic adaptation of newcomers. The project is led by eCaliber Group and Calience Research and Consulting, both with experience in immigration and settlement, offering programs that build the capacity of those working in the settlement sector so that they can better help newcomers to Canada.

Specifically, the “Settlement Services Workers Profile” research project will assist settlement workers to better identify their own career development needs, and to strengthen their ability to assist immigrants and refugees in establishing themselves in Canada. Managers working in the settlement agencies can also use this information to recruit, train and develop settlement workers effectively. Career counsellors can utilize the findings to better provide career advice to those who are interested in this field, and help them plan their career paths. Overall, the project is expected to raise the profile of the settlement service profession.

The recent Census data released in October 2017 provides a new national portrait of immigration in Canada. In 2016, more than 1 in 5 Canadian residents were born outside of Canada, and this number is going to rise in future. In November 2017, Immigration, Refugees and Citizenship Canada (IRCC) announced a three-year plan for immigration targets that sets “the most ambitious immigration levels in recent Canadian history.”

Due to this increase in the number of new immigrants, and their diverse backgrounds, the settlement sector will be under pressure to effectively assist these newcomers in pursuing meaningful lives and careers. Some front-line workers are focused on employment, some on general settlement issues and others on the health of newcomers, but they all need to address a range of issues facing newcomers.

The project will entail a literature review and environmental scan to identify relevant research. It will also involve one-on-one interviews, both in person and by telephone, of settlement managers and front-line workers in both urban and rural settings across Canada. Findings will be used to formulate a set of front-line settlement worker competencies that will be validated in a series of focus groups.

A finalized set of competencies and career pathways as well as insights gained during the implementation of the project will be captured in a final report and an infographic. The goal is for many of the 500 settlement organizations recognized by IRCC across Canada to start incorporating the competencies and the career pathways into their work. Results will also be disseminated widely to other stakeholders, particularly those guiding high school and post-secondary students.

The Competencies of Front-Line Settlement Counsellors in Canada: Research Report

The Competencies of Frontline Settlement Practitioners in Canada: A Background Research Report 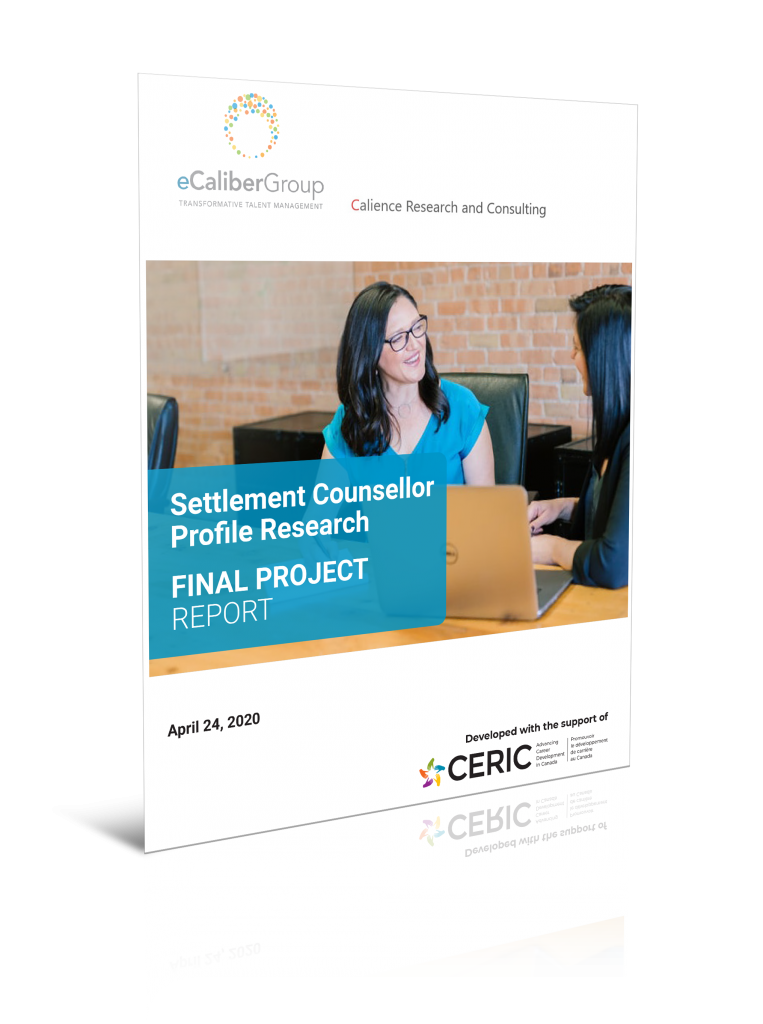 Final Project Report – Learn about the experience of the project partner in delivering this project with key findings and insights.