CERIC is directed by a pan-Canadian volunteer Board of Directors reflecting a broad sectoral representation in the field of career counselling.

We also have a number of Advisory Committees that are as diverse and representative as our national Board of Directors. 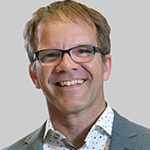 André Raymond, CRHA, has a master’s degree in organizational development (développement des organisations) and a bachelor’s degree in industrial relations (relations industrielles) from Laval University. He is a human resources manager with expertise in recruiting, personnel selection and career management. As the Director of the Service de placement and Continuing Education at Laval University, he currently manages a team of 80 employees. He has more than 25 years’ experience in the fields of recruiting, education and career management, having held positions as manager and vice-president. He is an active member of the Ordre des conseillers en ressources humaines agréés du Québec (Quebec Board of certified human resources counsellors) and of CERIC. He contributes to several specialized magazines and electronic media as a recruiting and career management specialist. He is also interested in major issues related to career management, such as workforce availability and employee engagement.

Candy Ho, University of the Fraser Valley, Abbotsford, BC (Vice-Chair) 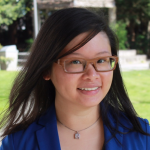 Candy Ho is the inaugural Assistant Professor, Integrative Career and Capstone Learning in the University of the Fraser Valley, teaching courses that help students consider their educational and life experiences, and how these experiences can help them achieve their short- and long-term goals, ultimately helping them design the life they want to life. In addition, she also holds teaching positions in Kwantlen Polytechnic University’s Educational Studies department and in Douglas College’s Career Development Practitioner Program. With a doctorate in Education, Candy is keenly interested in the convergence between career education and development, teaching and learning and student success. 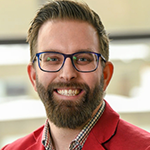 John Horn leads the talent and learning portfolio at Vancity Credit Union. He has been involved with CERIC for over a decade as a committee and board member. At Vancity, John oversees sourcing, acquiring and developing people in service of the co-operative’s purpose of building healthy communities that are sustainable for the long term. As co-founder of The Potentiality, he writes and speaks about how career development enhances community well-being. John is the Past Chair of CERIC’s Board of Directors and has chaired CERIC’s Marketing, Communications & Web Services and Research Committees. He is a veteran presenter and connector at the Cannexus conference. He coaches his kids’ soccer teams and loves exploring neighbourhoods via bicycle. John holds bachelor’s and master’s degrees in history and is passionate about helping people tell their story. 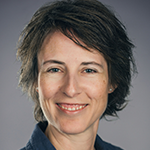 Cathy Keates is the Director of Career Services and Experiential Learning at Queen’s University. Her portfolio includes leading and delivering services and resources for student career development and experiential learning, such as the Queen’s University Internship Program and the Experiential Learning Hub, a resource to support cross-institutional EL growth. The new Queen’s Skills Cards were recognized with a 2020 CACEE Innovation Award and a 2017 research study ranked Queen’s Career Services as the second most impressive model of post-secondary career services in Canada.

Lorraine Godden, PhD, is a faculty member of the Faculty of Public Affairs at Carleton University where she teaches career management and employability courses. Lorraine’s research is rooted in understanding how educators interpret policy and curriculum to make sense of career and life planning, work-integrated-learning, adult learning, school-to-work transition, and other educational multidisciplinary and public policies. Her research has been published in national and international journals and conferences, and she has successfully completed many collaborative, empirical and community-based research projects that have informed theory, policy and practice-based initiatives. Lorraine currently serves on the Board of Directors of CERIC and the Asia Pacific Career Development Association, and was a Member of Team Canada for the International Centre for Career Development and Public Policy (2017-2019). 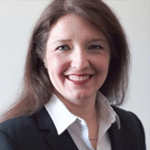 Darlene Hnatchuk is the Director of McGill University’s Career Planning Service. Darlene oversees the development and delivery of programs, services and resources to support students in their career development. She also leads the Experiential Learning Network, bringing together campus stakeholders involved in the development and support of EL initiatives.

Cynthia Martiny is a Professor at the Université du Québec à Montréal. She holds degrees from the United States, France and Canada. She teaches group and intercultural counseling for students enrolled in the career development and career counseling programs. Her research interests centre around intercultural twinning, intercultural career counselling competencies, immigrant job insertion and groupwork. She is a guidance counsellor, member of the OCCOQ since 1995, and a practicing licensed group psychotherapist for men having conjugal violence problems.

Rosie Parnass recently retired from the University of Toronto where she was the Executive Director, Organizational Development and Learning and Work Life Support Services. Rosie has always been committed to providing learning and development opportunities for staff that is linked to advancing their careers and enhancing their skills in the workplace. Prior to her work in human resources, Rosie was Manager of Counselling Services at the Career Centre, University of Toronto. Rosie has served on numerous committees and associations both locally and nationally and currently teaches online for the Canadian Association of University Business Officers (CAUBO). Rosie’sprivate practice is focused on providing HR consulting and coaching services for both organizations and individuals. 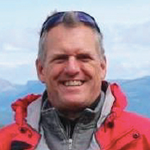 Dr Robert Shea is an Associate Professor in the Faculty of Education at Memorial University. His research and teaching has embraced career development, experiential learning, higher education leadership and adult education. His most recent publication is entitled – Supporting Students Globally in Higher Education (2016). His most recent research project was a five-year study of Career Integrated Learning which investigates the importance of reflecting on student competencies through curriculum reform which has been identified in the publication Reclaiming the Value of the Liberal Arts for the 21st Century as a most promising practices in North America by the Education Advisory Board in Washington. He is a prolific presenter nationally and internationally. His university service includes leadership roles as president of national and international associations – some include – CERIC, the Canadian Society for the Study of Higher Education (CSSHE), the Canadian Association of College and University Student Services (CACUSS) and the International Association of Student Affairs and Services Association (IASAS) representing over 52 countries around the world. Dr Shea has held multiple senior leadership roles as Director, Dean, Deputy Provost and currently Associate Vice-President Academic and Student Services at the Marine Institute campus of Memorial University. He is currently the co-lead of the historic singular generational partnership with Nunavut Arctic College.

Lisa Taylor is a sought-after expert, speaker and columnist on today’s changing world of work. As President of Challenge Factory and the Centre for Career Innovation, Lisa offers invaluable leadership and insights about the Future of Work – with a focus on how talent equity, demographics, the freelance economy, and new market dynamics present opportunities to gain strategic workforce and career advantage. She is the author of The Talent Revolution: Longevity and the Future of Work and the Retain and Gain series of career management playbooks for small businesses and non-profits and charities.

After receiving her MBA in Strategic Management and Public Administration from the Schulich School of Business at York University, Lisa held progressive roles at Deloitte and Hewlett-Packard. In 2014, Lisa was recognized by the Urban Land Institute as one of Canada’s Top 100 Women for her work in leadership, employment and city building. She was also recognized by the Career Professionals of Canada as their 2015 Outstanding Career Leader. 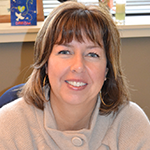 Sue Watts is the Executive Director of the Employment + Education Centre (EEC), a charitable, not-for-profit, multi-service organization. Sue has over 27 years’ experience in the not-for-profit sector and prides herself on building and growing community collaborations for the purpose of meeting the needs of and positively impacting her communities. Sue is the recipient of provincial and national awards for her work in this sector. Sue is an innovator and has recently moved her brainchild, CareerLabsVR, a career decision making system using the immersive power of virtual reality, from concept to reality. Under the leadership of Sue, EEC hosted two international delegations (guests were from South Korea, Germany and Japan) which resulted in sharing of best practices regarding employment services for various populations.

Retired since July 2008, Donald Lawson worked in the investment industry for 58 years, initially as a partner in Moss, Lawson & Co., then its President and CEO, and subsequently as Chairman. Following the takeover of Moss Lawson by HSBC Securities (Canada) Inc. Mr. Lawson was Honourary Chairman and an investment advisor to private clients. In business, Mr. Lawson has served on the Board of Governors of the Toronto Stock Exchange, including a term as Chairman of the Board. He also served on the Board of the Investment Dealers Association of Canada.

Mr. Lawson has been involved with the not-for-profit sector for most of his business career. After serving in various capacities within the YMCA of Metropolitan Toronto, he became its Chairman at a time when it was approaching bankruptcy. During his watch, decisions were made leading to the regeneration of the Association which now has become a successful $200+ million enterprise. In 1984, Mr. Lawson became Chair of the Board of The Counselling Foundation of Canada, a role in which he served for 31 years. In November 2015, he stepped down as the Foundation’s Chair, but continues as a Director and holds the title of Chair Emeritus. Other volunteer activities have included United Way Budget Committees, Director and Treasurer of Huntley Youth Services (now Youthlink), Investment Committee of the United Church of Canada, Member of the Board of Regents and Treasurer of Victoria University (an affiliated University within the University of Toronto), Chairman of the Executive Committee and subsequently the Board of Trustees of Lawrence Park Community Church, and a Director of the Georgian Bay Land Trust. 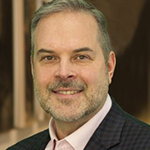 Bruce Lawson was appointed Executive Director of The Counselling Foundation of Canada in October, 2008, and to the role of President & CEO of the Foundation in December 2013. He also holds the title of Executive Officer of CERIC, and is an ex-officio member of the CERIC Board of Directors.

Over the years, Bruce has provided meeting planning, project management and communications services to a variety of corporations, associations and not-for-profit organizations. Bruce also served as the Interim Executive Director of Casey House Foundation for 18 months.

In addition to his professional life, Bruce is an active volunteer. He is the Past Chair of the Board of Philanthropic Foundations Canada, and serves/has served on the board or committees of several other organizations. In addition, he is a past Chair of the Board of Directors of Casey House Hospice and Casey House Foundation, and co-chaired Casey House’s largest fundraising event, Art with Heart, in 2005, 2006 and 2009.

Bruce has a BA (Economics) from McGill and an MBA from the Rotman School of Management at University of Toronto.