HomeBlogCareeringThe Mother of All Career Transitions 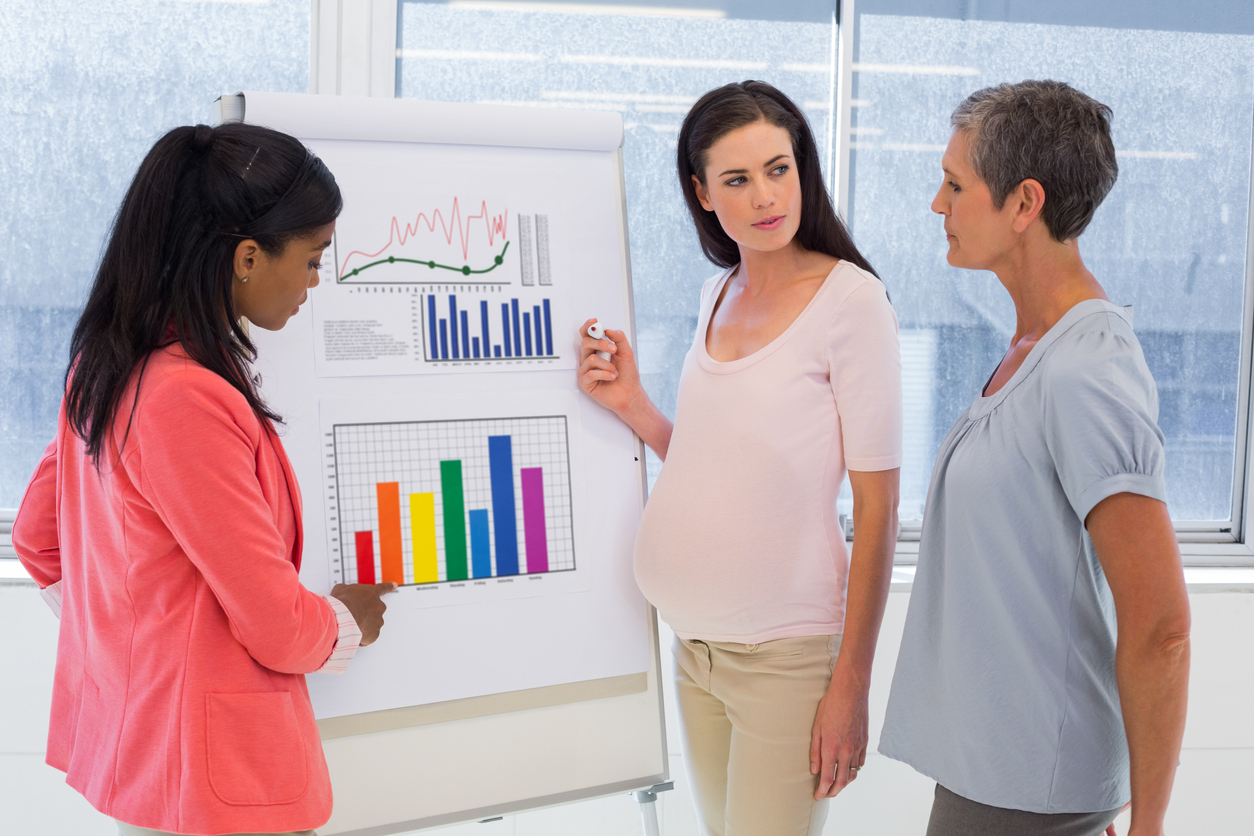 The Mother of All Career Transitions

Experiencing a maternity leave transition is a common experience for many women; it is a critical turning point for the family and the individual. How is it, then, that we let so many expectant mothers be unprepared for the impact of maternity leave on their career? Career counsellors can play a significant role in creating education and awareness around these issues for both women and organizations.

From an organizational perspective, the issue of maternity transition is significant for a number of reasons. First, women make up roughly half of the labour force, and direct and indirect costs associated with an employee’s turnover can range from 70-200% of the vacant position’s salary. Additionally, competition for talent is not limited to a local or national level, but has become a global issue. In light of predicted labour shortages and the retirement of baby boomers, the previous points emphasize the need for strategic talent management in order to maintain organizational competitiveness at a local, national and global level.

The topic of maternity transition also warrants attention due to the increasing number of women pursuing post-secondary education, and in some cases, outpacing male counterparts in many fields of study. For instance, in 2008, women accounted for 62% of undergraduate university enrolment and more women than men graduated from a variety of programs. Additionally, womens’ participation in paid employment is one of the most notable changes in the labour market over the last four decades, with an increase in participation from 47% in 1976 to over 76% by 2009. Much of the literature related to maternity leave and return to employment is largely based on data from the United States and the United Kingdom, but among Canadian women surveyed, the most popular reasons for returning to work included finances (42.9%) and the importance of career and wanting to get back to work (24.2%). A study based in the United Kingdom surveyed 1,541 mothers and found the following:

Upon returning to work, the same study found:

Employers may provide little to no career development support to employees embarking on this transition, and women experiencing it may not seek outside resources and support during this time either. While some women return to their previous employer, some will change employers or disengage from paid work completely.

As a career professional, how can you assist your clients during this transition? Below are some suggestions.

Validate and support: Many women report feeling isolated upon announcing their pregnancy in the workplace. Isolation may originate from co-workers, supervisors or clients. It’s important to validate their feelings and encourage connection among supportive others.

Process the emotion: Each woman is unique, as is her maternity experience and, consequently, the impact on her career. She may experience mixed emotions, such as the relief of leaving an unfulfilling job, the fear of losing seniority, the excitement of starting a new chapter, anxiety of being a “perfect” parent, financial stress, guilt about wanting to go back to work or staying at home, and the trepidation of career uncertainty. Not only is it important to validate individual feelings, but it is also critical to help her understand how emotion may influence her perception of the transition process and subsequent career decision-making. For example, is she more likely to avoid making a career decision under stress or in the absence of stress?

Define career success: It is important for the client to define her idea of career success. Metaphors such as the “career ladder” are often limiting and can be disempowering to those who conceptualize success differently. As our ideas of success are typically values-based, it is best to start with a values discussion. While it can be difficult for most to say what their definition of success is, it is often easier to assist the client in first identifying career and personal values (e.g., financial security, flexibility, work-life balance, growth and development, competence), posing the question: “Could these words be used to define your idea of career success?”

Discuss identity: Career identity is often strongly tied to an individual’s sense of self-worth. Having a positive career identity can contribute to an overall positive sense of self, but it’s important to take a balanced approach to identity, exploring all the other influences. Clients can explore how their conceptualization of identity has changed, and might continue to change. How do other roles contribute and conflict with identity and self-worth?

Take stock: Many women will question their confidence in returning to employment, even if returning to the same position they have successfully filled before their leave. This is a good time to do a comprehensive inventory of knowledge, skills, experience, education and training, attitudes, career and personal accomplishments, and networks and contacts. Taking this inventory can boost confidence and identify alternatives not previously considered. People typically adjust better to transition when they perceive options compared to when no options are identifiable. Women can also stay connected to their career by maintaining contact with co-workers, getting regular updates from an employer or colleague, or networking in person or virtually through social networking tools like LinkedIn.

Challenge beliefs and assumptions: It can be helpful for a client to challenge limiting beliefs about herself, careers and/or parenting (e.g., you can’t have it all, I should be using my education, to be a good mother I can’t work at the same time, changing jobs now would be too difficult). Limiting beliefs are often based on assumptions and tend to be dichotomous, meaning an “either or” mentality with no middle ground. It is important to listen to the client’s language and challenge assumptions when appropriate.

Avra Davidoff is a mother and registered psychologist specializing in career counselling and has over 10 years of experience working with both individuals and corporations. Avra currently works in private practice at Canada Career Counselling and also teaches post-secondary courses on career development in Calgary.