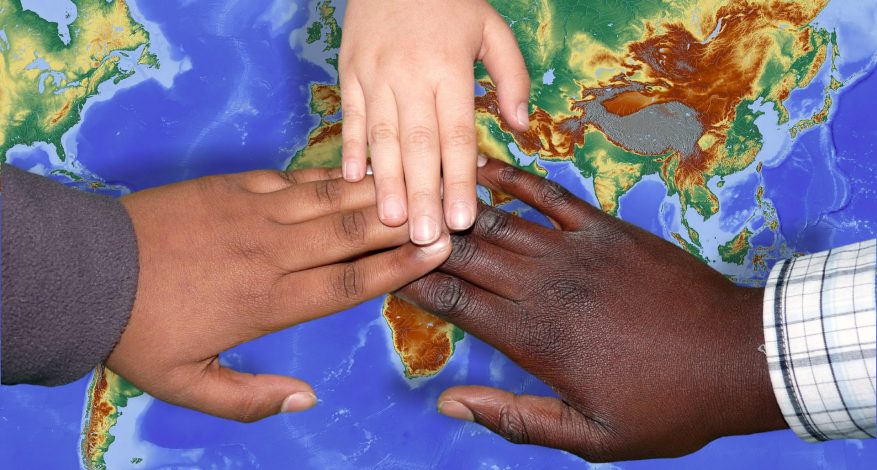 Many refugees who arrive in Canada are highly skilled, but have little access to evidence to prove their academic achievements

The United Nations estimates that there are more than 68 million individuals displaced as a result of natural disasters, conflict and violence (United Nations, 2018). Many are forced to flee with little to nothing in hand. When these individuals arrive in a new country, ready to contribute their skills, they often face a critical challenge: lack of proof of their educational credentials.

The need for solutions that allow these individuals to begin quickly contributing their skills to their new communities has become increasingly urgent over time. The conflict in Syria – and the huge outflow of people seeking new lives in Canada – prompted the Canadian government to begin looking for solutions in 2015.

Many of these refugees were highly skilled, but had little access to evidence to prove their academic achievements. Their institutions were destroyed, damaged, closed or unresponsive. This caused significant delays and barriers when attempting to build a life in Canada and go back to school, re-enter their professions or find anything but a so-called survival job.

World Education Services (WES) is a credential evaluation service provider that also partners with a number of organizations in Canada’s settlement sector. As such, we quickly began hearing from our institutional and community partners about issues on the ground. Refugees were facing barriers to integration. They wanted to re-build their professional lives, but without verification of their educational attainments, that was exceptionally difficult.

International policies added another element of urgency to these questions: Canada was on the verge of ratifying an international agreement, commonly referred to as the Lisbon Recognition Convention. In the details of this treaty is a special note regarding the credential recognition for “refugees, displaced persons, and persons in a refugee-like situation.” This clause details assurance and accessibility requirements for credential assessment and recognition for this specific population.

” … applicants who had the credential evaluation in hand were able to move forward with their lives.”

The confluence of factors provided an impetus for WES to create a refugee pilot project. The project ran throughout 2016 and 2017, and ultimately led to the establishment of a permanent initiative to help qualified individuals, including those who are not refugees but who have fled specific countries in crisis, surmount at least one barrier to moving forward with their lives. This program is now known as the WES Gateway Program.

The problem of credential verification creates barriers that academic institutions, professional regulatory bodies and employers are not well positioned to address. Receipt of documents directly from the awarding institution is normative credential evaluation practice. These credentials stand as verifiable proof of baseline eligibility for academic programs and professional roles. Without these verifiable credentials, institutions and others often find their hands are tied.

“Our community welcomed many Syrian refugees, and as much as we all wanted to help,” said Kate Day, admissions and pathways advisor at Fanshawe College, “we learned quickly that we were missing some of the tools we needed to help these newcomers transition to post-secondary education.”

Working with newcomer clients? Check out these 6 webinars

WES launched its refugee pilot project in July 2016. The goal was to determine whether WES could use its expertise and resources to reliably provide those who were facing barriers to integration with a high-quality credential evaluation that would prove their academic accomplishments and their equivalency in Canada.

Drawing on over 40 years of experience, WES developed a rigorously tested methodology to compare available academic documentation to documents stored in our extensive archival database to produce an evaluation report. WES worked with documents individuals had in their possession that signified they attended or completed a program of study. In some cases, WES evaluators were able to reconstruct the course of study using partial documentation, information in the organization’s archives and knowledge of the country’s education system. 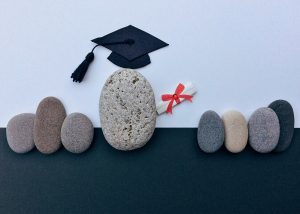 Working with a network of organizations across Canada who supported eligible participants with application assistance and wrap-around services, WES was able to provide 337 Syrian refugees – 100% of applicants – with a credential evaluation.

More notable, however, was the fact that applicants who had the credential evaluation in hand were able to move forward with their lives. Through surveys and participant feedback, we confirmed how the report was being used. Three-quarters of those who used the report to apply for education were offered admission. No applicants reported having their application rejected. Others used their report for the purpose of professional licensure; 84% reported passing the initial review. And more than 60% of those who used their WES credential evaluation to obtain employment reported receiving at least one job offer.

Just as impressive as these numbers was the quality of organizations that accepted these reports. They included organizations such as the Association of Professional Geoscientists of Ontario (APGO) and Osgoode Hall Law School.

To move forward with a scaled version of the program, WES conducted research on other countries in crisis. We sought to identify countries where great numbers of highly educated individuals were being forcibly displaced as a result of political unrest, conflict and natural disasters, and faced challenges in accessing verifiable documents. Equally important was our ability, based on data maintained in our credential evaluation database, to credibly map and reconstruct the education histories of applicants based on standard qualification requirements of a given education system.

We’ve now expanded the pilot phase to become the WES Gateway Program. This program is available in Canada to displaced individuals who, because of adverse circumstances in their country of education, lack standard proof of academic achievement.

As shown by the example of one applicant, the program’s impact is profound: Wid Sabir completed his education in Iraq. After arrival in Canada, he obtained a job offer from the Toronto Transit Commission (TTC). However, to move forward, Wid had to provide TTC with a credential evaluation that validated his educational qualifications. This was a major barrier for Wid: He was able to obtain his diploma, but he could not obtain the needed verification from the Iraqi Ministry of Education.

“I was about to potentially lose this job offer because I couldn’t obtain verification and prove my qualifications,” he said.

Through word of mouth, Wid heard about the WES Gateway Program. He brought the documents he had in-hand to a WES referral partner, ACCES Employment, which submitted an application for a WES Gateway Credential Evaluation. WES evaluated Wid’s credentials and submitted the report directly to TTC for recognition. He began his new role with TTC earlier this month.

Wid’s story is one of many. The WES Gateway Program offers a way forward for displaced individuals, and provides employers and other institutions with the verification they need to recognize qualifications. It also enables career practitioners in the settlement sector to offer their clients solutions to this barrier. WES works with referral partners across the country to ensure that this program is accessible to those who need it. Visit wes.org/ca/wesgateway to find a list of our partner organizations.

Beatrice Kohlenberg, PMP, is the senior program manager for the WES Gateway Program. She has extensive experience in project and program management, managing employment and diversity programs covering all aspects of program development, implementation and evaluation.

United Nations. (2018, June 19). Figures at a Glance. Retrieved from https://www.unhcr.org/figures-at-a-glance.html