HomeBlogCareeringCanada’s Career Service Professionals: How Do They Differ Across Canada? 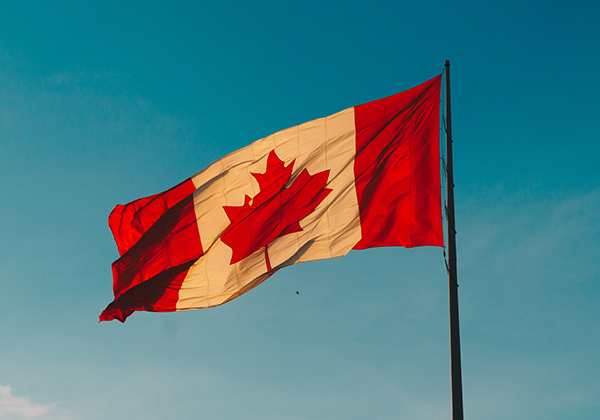 Canada’s Career Service Professionals: How Do They Differ Across Canada?

This article will provide a brief regional comparison of some of the key findings from the CERIC 2015 Survey of Career Service Professionals. The survey was designed to provide a snapshot of those in the field, surface their professional development and competency improvement interests as well as issues pertaining to research and learning dissemination. Collecting just over 1,000 completed responses provides an opportunity to disaggregate the overall findings by regions – British Columbia (135), Prairies (152), Ontario (372), Quebec (187) and Atlantic Canada (127) – to see some of the commonalities and notable differences in the field.

Several survey questions focused on level of education as well as the area of focus in post-secondary studies. While over three-quarters of those in the field reported having at least an undergraduate university education, a closer look at the responses by regions shows that Quebec far outpaces the rest in terms of post-graduate completion. Over 80% of participants from that province have at least a Master’s level degree. This rate is twice as high as that of Atlantic Canada, which recorded the second highest at 41%, and almost three-times greater than the Prairies at 28%. Respondents were then asked to identify the specific field of study from their highest post-secondary level of education related to the career services field. As shown in Figure 1, “career development” ranked first most often in all regions while “social work” was mentioned least often.

The questionnaire then delved into the earnings of those in the career services field. Respondents from the Prairies earned the most (60% had a gross annual before deduction salary/income over $55,000) followed by Quebec (55%), Ontario (54%), British Columbia (49%) and Atlantic Canada (36%). Another question in this section asked about the state of succession planning in their organization. British Columbia has the highest level of workforce replacement preparedness as 55% of its respondents said that their organization has a succession plan in place. Ontario had the second highest (47%), followed by Atlantic Canada (45%) and the Prairies (41%). Quebec had by far the lowest rate at 28%.

This section of the survey was designed to ascertain in what way and on what topics those in the field were interested in increasing their knowledge and aptitudes. Participants were asked, for instance, to rate (from “not a priority” to “essential priority”) their interest in enhancing their client practice competencies related to client job search over the next year. Those in the Prairies and Ontario revealed that learning more about “job search strategies” was most important to them (combining “high priority” and “essential priority”) while “job development” drew the highest interest from respondents in British Columbia, Quebec and Atlantic Canada. Learning about “self-employment and operating a business” garnered the least interest nationally.

CERIC and the profession

This section included a range of queries to get the opinion of career professionals on the state of the field as well as if they feel that Canadians fully understand and appreciate their work. Figure 2 shows that the majority of those in the career services field across the country share the opinion that the general public’s impression of the value of what they do has improved.

More than two-thirds of those in Atlantic Canada believed that this is the case. However, a not insignificant share of respondents from British Columbia were of the opinion that the public’s perception has worsened. The one-fifth who held this opinion is almost twice as high as in any other region.

The survey’s closing section focused on how those in the career services field were collecting information and gauging the impact of their interventions. A core question asked “what types of data gathering is your organization undertaking?” Having clients complete an Exit Survey was the most common practice in all regions (between 48% to 60%) except for Atlantic Canada where filling out an Intake Survey was most frequent (65%). Participants were also asked if they are evaluating the impact of their career counselling/career development program or services. More than half of respondents noted that this is part of their work with the highest rate in the Prairies (68%) followed by Ontario (66%), Atlantic Canada (64%), British Columbia (56%) and Quebec (51%).

Where to learn more

For a detailed breakdown of the overall survey findings, an infographic, webinar recordings (English and French), video of the Gazing into the Crystal Ball: What’s on the Horizon for Career Development survey panel presentation from the Cannexus16 National Career Development Conference, a slide deck comparing the 2011 and 2015 surveys, as well as full slide decks by region referenced in this article, visit ceric.ca/surveys.

The Canadian Education and Research Institute for Counselling (CERIC) plays a part in generating primary data about the career counselling and career development field. It has recently carried out a national survey to uncover the opinions of career service professionals in Canada. The online survey was conducted between October 19 and November 20, 2015. The 2015 survey was completed by 1,004 professionals in the field. CERIC undertook similar surveys in 2006, 2007 and 2011. Visit ceric.ca/surveys for additional materials showcasing survey findings, including slide decks by region.