HomeBlogCareeringCareer successes and challenges of immigrant professionals in Canada 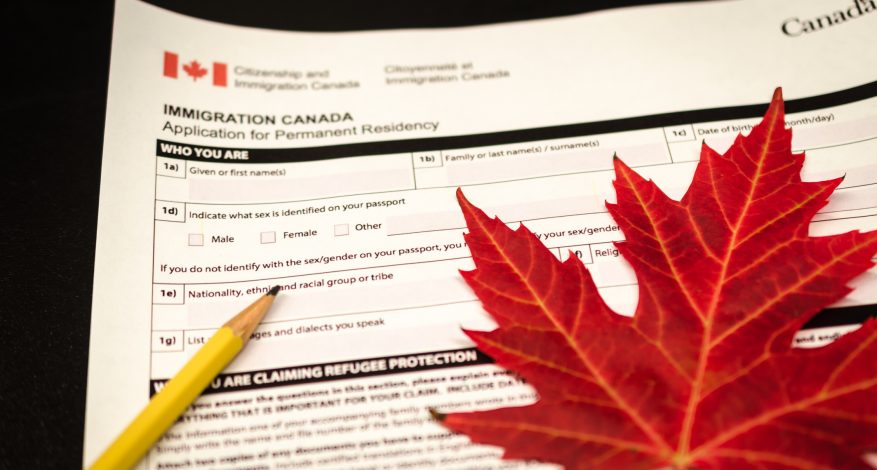 Career successes and challenges of immigrant professionals in Canada

Note: This article is a short summary of the dissertation Learning experiences and career successes of immigrant professionals in Canada by Jennifer L. Davies (OISE/University of Toronto, 2019). 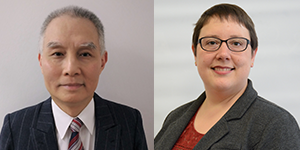 In the late 1990s, Canada began seeking out highly skilled immigrants and welcoming more racially diverse newcomers. These newcomers often fared poorly in the labour market when they arrived. Large numbers of immigrant professionals were redoing their bachelor’s degrees at the college level, which seemed inefficient both for the economy and the professionals.

Roughly five years ago, Canada’s economic immigration system underwent another significant shift toward a labour market-driven system. As interested parties await data to show whether this was an improvement for the economy and for the newcomers themselves, this article examines a study that looked for the best (and worst) practices in work-search experiences of individuals who arrived under the previous human capital or “potential-focused” system.

Canada admitted 1.1 million immigrants from 2001–2006, which represented two-thirds of that period’s population growth (Chui, Tran, & Maheux, 2007). More than half of them were racialized, which was a major shift for Canada from less than a decade before (Statistics Canada, 2009).

Yet newcomers with at least a bachelor’s degree had an unemployment rate that was 3.85 times higher than their Canadian-born peers in 2001, and 2.4 times higher in 2016 (Keung, 2019). Studies from both Ontario and Alberta found that only 10-16% of immigrants had secured employment appropriate to their education and skill level, suggesting that the background-employment mismatch for recent newcomers is a national problem (Salaff & Greve, 2003; Bhandari, Horvath, & To, 2006).

Many newcomers facing in difficulty finding employment are encouraged to pursue Canadian education, since university graduates in Canada have higher employment rates and more full-time jobs than any other group (Chung, 2006). However, an analysis of the 2003 Canadian Workplace and Employee Survey (WES) found that self-initiated training did not affect the career success of immigrants or non-immigrants (Fang, Zikic, & Novicevic, 2009). Employer-sponsored training had a positive effect on non-immigrants’ careers, but not on immigrants’ careers. This is a very significant finding given the wage gap and drop in professional status faced by immigrant professionals. Clearly there are factors affecting their career development beyond education–job matching.

A team of researchers conducted semi-structured interviews between 2009 and 2011 with well-educated professionals who came as economic immigrants to Canada between 1996 and 2006.

The study included 26 men and 26 women from 21 countries of origin, most of whom still had not fully re-established their careers. The challenges they described included finding a fit in Canada’s economy and managing their expectations for initial employment; work-search difficulties such as lacking a professional network; and retraining, which often did not lead to desired employment.

Many participants realized in the course of their struggle to find suitable work that their expectations had been shaped by the large, labour-driven economies and labour markets in their countries of origin, which are significantly different from the Canadian labour market. While their education and skills might have been highly sought after in their countries of origin, in Canada, their expertise did not seem to be valued. This flew in the face of their expectations that they would find comparable employment in Canada fairly quickly. For example, one woman described having become a manager only six months after having completed university in her country of origin. She expected that with her 3+ years of managerial experience she would be able to find a similar job in Canada. She chose to pursue a college diploma as a solution to unemployment, which led to her obtaining entry-level employment in her field. Going to college is common advice in employment resource centres. One wonders if she had been advised to pursue higher education instead, like an MBA, what outcome she might have had instead. CDPs ought to refer newcomer professionals to reliable, up-to-date resources like LinkedIn for the likely outcomes of various kinds of re-training programs, to ensure they are able to make well-informed decisions.

Read more on CERIC’s CareerWise website:
How Kingston, Ontario is using diversity and inclusion to tackle labour shortages
Supporting newcomers on their path to career success
How to support clients facing bias in their job search

Some participants arrived expecting that their job applications would garner positive responses, and others seemed to have acquired some false expectations from local employment resource centres about the likelihood of positive responses to their applications. Participants said they expected to receive more responses to their job applications, because in their countries of origin they would have received replies. One participant explained that he was advised at an employment resource centre that if he met about 80% of the qualifications for a position, he should apply. However, even when applying to jobs where he exceeded that threshold, he did not hear back, which surprised him since the job-search “experts” had advised him otherwise. It seems as though career development professionals were not always able to advise immigrant clients on all the nuances of work-search strategy. CDPs ought to ensure, as per the core competencies outlined in the Standards & Guidelines for Career Development Professionals (Canadian Council for Career Development, n.d.), that we are accommodating diversity; collecting, analyzing and using information; and conveying information clearly.

The participants often received mixed messages from employers about the value of their credentials, so it was difficult for them to determine their worth in the labour market. A former professor of economics noted that he could not land work as an instructor because he had no PhD, and yet because of his master’s degree, he was often told he was overqualified for other work. Similarly, a physician who was applying for entry-level jobs in health care found that employers struggled to understand why she would be interested in such roles, given her previous experience: “They thought I was either irrelevant or I did something bad back home. It [was] very, very strange to explain.” Career development professionals encourage clients to leverage their transferable skills, but it is not clear whether this is actually helpful in all fields of work. As noted, a core competency outlined in the Standards & Guidelines is to collect, analyze and use information, and it is important that we ourselves know or are able to find industry-relevant resources to share with our newcomer clients, because they often struggled to interest potential employers the way they were choosing to introduce themselves.

Likewise, another participant noted that he had removed his MBA from the resume he used to get the job he had at the time of the study. The participant remarked that he had begun to receive more responses to his applications when he removed his master’s degree. After obtaining permanent employment, he told his supervisor about his MBA, and was informed that he would not have been hired if he had included it on his resume. Ordinarily, a career development professional would probably advise a client to keep a highly desirable credential like an MBA on a resume, but apparently not all MBAs are created equal, with degrees earned outside Canada valued less. This speaks to the need for career development professionals to be aware of biases in hiring processes, and to make clients who are newcomers aware that these biases may impact their job search.

While only one of the 52 participants of this study identified the belief that they were facing discrimination, it is likely that some human resources departments and hiring managers are biased against immigrants’ credentials and experience. There is an extensive body of research developed since the early 2000s that has demonstrated that everyone possesses implicit or unconscious bias, which affects our preferences and decisions (Agarwal, 2018). While organizations need to put checks in place to reduce the impact of these biases on hiring processes, career development professionals could also provide strategic advice to immigrant professionals on how to re-establish a professional network, “whiten” their resumes and work to decipher the “rules” of a job-search game that does not play fair. To that end, career development programming ought to connect immigrants to relevant networks of established professionals who can help them to navigate their job search.

Charles Chen is a distinguished Professor at OISE and a Canada Research Chair in Life Career Development. Jen Davies has worked as a career and employment counsellor since 2007, when she first noticed the unfairness immigrant professionals experience in the labour market. She is currently the Manager, Career Development Services at the University of Toronto Scarborough.