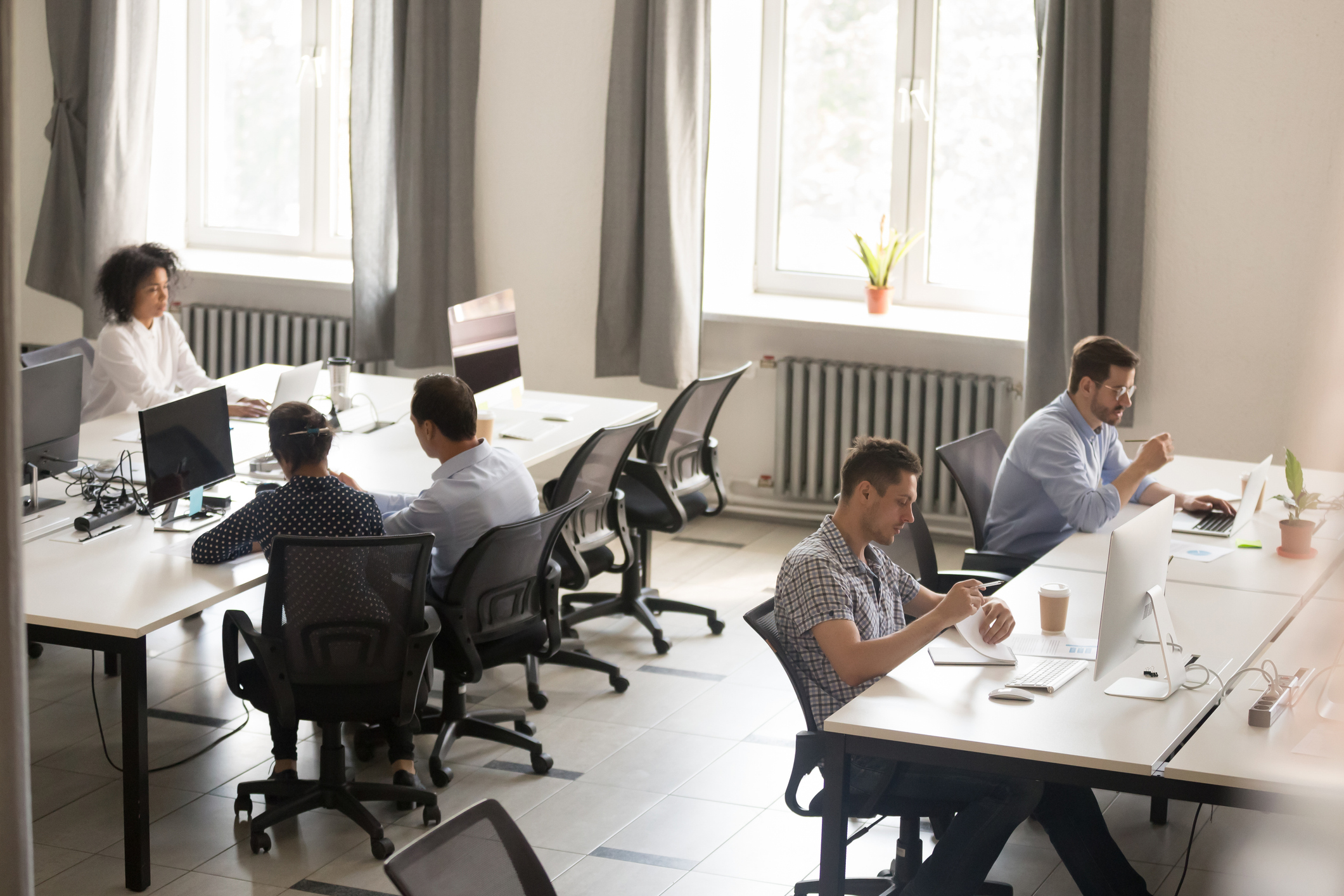 Beyond binarism: Countering gender identity discrimination in the workplace 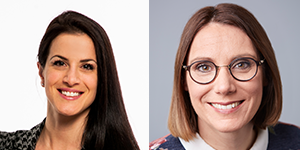 Everyday life in professional environments rarely escapes the heteronormative and cisnormative structures[1] that dominate Quebec society. Indeed, workplace washrooms, dress codes, administrative records and even email salutations usually adhere to the gender binary of man or woman. It is no surprise that professional environments are ill-equipped to support employees with gender identity issues (Pullen Sansfaçon, Hébert, Lee, Faddoul, Tourki and Bellot, 2018). The purpose of this article is to increase awareness of the challenges these people face, as well as promote practices that facilitate their professional integration. It is important that employers and career professionals better understand the experiences of trans and non-binary people at work, and learn how to interact with them.

Since 2017, federal work organizations have had an obligation to adopt policies and accommodation measures designed to combat discrimination against trans and non-binary people (Laurier, 2017), in particular for the purposes of recruiting, hiring and assigning tasks. In fact, under the Canadian Human Rights Act, gender identity and expression are now prohibited grounds of discrimination (Parliament of Canada, 2017). Beyond the legal and regulatory requirements, inclusive practices have the potential to improve career development and human resources programs by directly contributing to workers’ well-being and productivity. At work as well as in life, legal and social recognition is paramount for self-actualization.

First, it is important to note that transitioning may involve social, legal or medical aspects, or combinations thereof (Dubuc, 2017). Not all journeys into transness / experiences of transness, and they are rarely free of complexities. Trans people who express their identity within the gender binary may find more acceptance and tolerance, as they are switching from the characteristics of one gender to those of the “other” gender. Non-binary people move even further from the cisnormative framework, because they cannot be defined as masculine or feminine.

One thing is certain: trans, non-binary and gender-questioning people are more vulnerable during their reflection and transition processes (Vogelsang et al., 2016). For some, the fear of discrimination or dismissal is so great that they avoid revealing their gender identity to their colleagues or employers (Cotton, Martin-Storey, Le Corff, Michaud and Touchette, 2019). Some may wait until retirement to transition (Phoenix and Ghul, 2016). Others prefer to leave their jobs, and many consider suicide (Cotton et al., 2019; Phoenix and Ghul, 2016). For those who remain at work as they transition, engagement and productivity are often affected (Budge, Tebbe and Howard, 2010).

Unfortunately, a large proportion of these individuals experience transphobia or cissexism in the workplace. According to an Ontario study, 34% of the trans people surveyed had been victims of verbal or physical harassment at work (Bauer and Scheim, 2015). Transphobia encompasses discriminatory and hostile attitudes and behaviours toward people because of their gender identities. However, the concept of cissexism makes it easier to include indirect experiences of discrimination that can be translated into purely normative terms (Baril, 2013). An example of direct cissexism would be accusing someone who is wearing nail polish of being unprofessional when that person’s gender expression primarily involves elements that are socially related to masculinity. An example of indirect cissexism would be to assign to that same person tasks that do not involve customer service under false pretenses. Whether they are direct or indirect, these experiences of discrimination can have serious consequences for victims.

Drawing on the recommendations of Pride at Work Canada, we present five best practices when working with individuals with gender identity issues.

1. Don’t make assumptions about someone’s gender identity. Many people experience gender identity issues and choose not to disclose this at work. Others prefer to express themselves freely, in their curriculum vitae, for example. Whatever the case, give people the opportunity to share their preferred pronouns and names. This conversation can take place as soon as someone is hired and during the admission process for clients. Simply ask the question. Employers can also use more inclusive and non-cisnormative options in administrative records, asking people to specify their preferred pronouns, for example. When in doubt, use neutral language. In English, the pronoun they is often used in such circumstances. In French, a person’s first name can be used instead of il (he) or elle (she). The pronoun iel, a combination of il and elle, may also be used.

2. Use the appropriate pronouns and names, even when those concerned are not present. By demonstrating your sensitivity and knowledge to your colleagues or employees, you are effectively promoting diversity and inclusion in your workplace, in addition to giving them the opportunity to become familiar with these new practices. For example, many people are unsure about how to use gender neutral pronouns. Doing so in a natural and spontaneous manner requires regular practice.

3. Accept that you may make mistakes and are not an expert. If you use the wrong pronoun, for example, immediately and sincerely apologize, then correct what you said. Demand better tools and training to support the inclusion of trans and non-binary people in your work environment. Remember, they are the only experts on their gender identities. Moreover, humbly speaking with them is one of the best ways to become a stronger ally.

4. Be aware of your cisgender privilege, if applicable. The goal is not to minimize the difficulties you are facing in your life in general, but to remember that certain issues do not affect you on a daily basis. Your colleagues may be engaged in an ongoing battle for recognition of their gender identities, both at work and in their personal lives.

5. At the institutional level, demand a more inclusive work environment with safe spaces such as gender-neutral washrooms and changing rooms. Request that your workplace’s non-discrimination policies explicitly include gender identity and expression. Recommend that cisnormative documents be reviewed. Denounce transphobia and cissexism at your place of work, and help find solutions and implement measures to eliminate them. Lastly, whenever possible, consult and include trans and non-binary people when considering decisions and changes.

Ideally, these five practices should be part of an organizational culture that does not just tolerate but celebrates diversity (Pichette, 2019). We believe employers and career professionals play fundamental roles in helping gender diverse individuals thrive at work and realize their full potential. We hope this article inspires employers and career professionals to create inclusive spaces in their environments, as well as defend gender diverse employees when necessary.

Julie-Christine Cotton is an assistant professor in the career counselling department at the University of Sherbrooke. She also has a PhD in psychoeducation. Her research and clinical expertise are in intervention and evaluation involving people who are vulnerable and at risk of stigmatization, in particular the trans, non-binary and gender-questioning communities.

Annie Pullen Sansfaçon is a full professor at the Université de Montréal’s School of Social Work. She holds the Canada Research Chair on transgender children and their families, and has a PhD in ethics and social work. She is the co-founder of Gender Creative Kids Canada, and she co-authored the book Supporting Transgender and Gender Creative Youth: Schools, Communities and Families in Action (Peter Lang, 2014 and 2018).

Parlement du Canada (2017). Statutes Of Canada 2017, Chapter 13: An Act to Amend the Canadian Human Rights Act and the Criminal Code.

[1] These mores help establish heterosexuality as a normative model (a man is in a relationship with a woman and vice versa). The cisnormative model underlying heteronormativity presupposes that gender is a binary concept, static and homogenous, which builds on biological sex (one is born / is a man or a woman). The model presumes that sex assigned at birth determines an individual’s social and professional roles, and even sexual orientation.